The Tree That Moved

It is narrated in `Munaqabi Sultani' that Hazrat Muhammed Siddiq (RA) and some of his companions had sojourned for a while at the tomb of Hazrat Sultanul Arifeen Hazrat Sultan Bahu (RA). In those days, at the entrance to the tomb of the saint stood a large berry tree.

One day a blind man on his way to the tomb had injured himself with a trunk from this tree. Seeing his condition, the dervishes gathered at the precincts of the tomb to consider what should be done to avoid such an injury again. After due consultation it was decided to cut the tree. But as all the dervishes who were staying there at the time were live hearted saints, they decided to seek `spiritual guidance' from Hazrat Sultan Bahu (RA) on the matter.

This tree still stands there today, its branches protruding outwards towards the heavens, as a monument to demonstrate to us the reality of the saints of Allah.....that these are the men of knowledge. The writer had himself seen this tree on his first visit to the tomb in 1982. 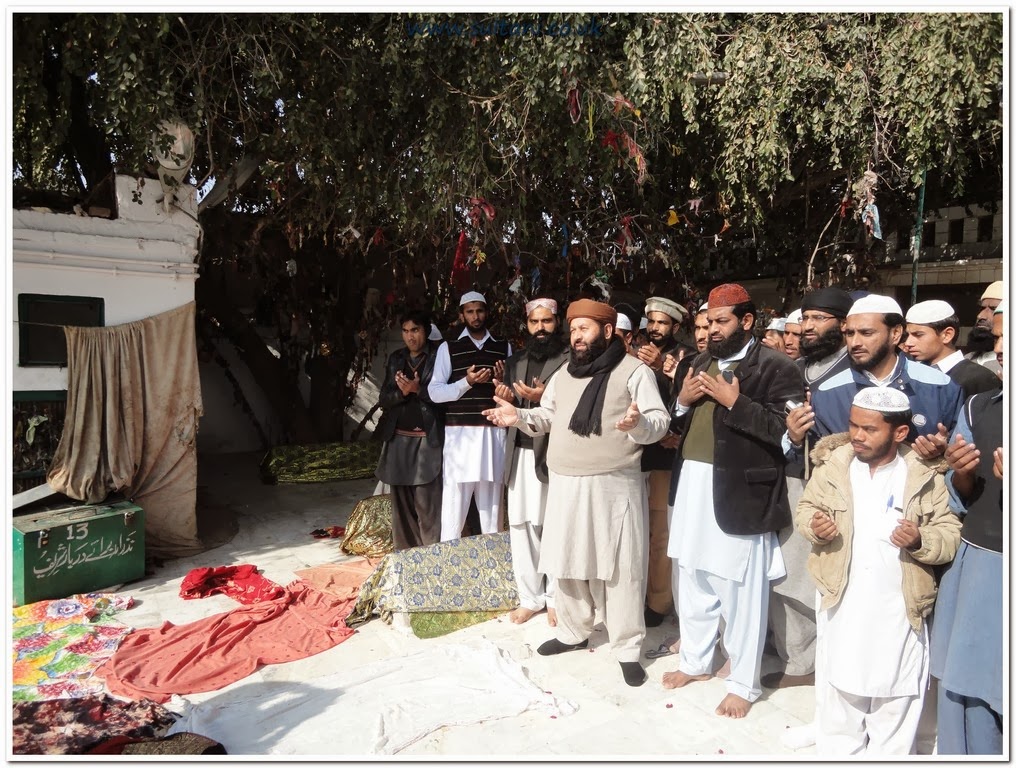